16-18 December, 2019 ‘House-dreams of the Viking Age: Undisciplined explorations of architecture, personhood, and dreaming in the past’ Theoretical Archaeology Group conference, UCL.

26 August, 2019 “Archaeology of Dwelling” Did people in the past dream of houses, too? Paper given at the seminar Celebrating research at the Museum of Cultural History.

4-5 March, 2019: Introduction and paper at workshop Where the Wild Things Are: From the comfortable domus to glimpses of past ontologies, organized by MHE, Cambridge.

October 29, 2018: ‘The lives and deaths of houses in Iron and Viking Age Scandinavia’. Invited lecture at the University of Oxford, UK.

October 22, 2018: ‘How to fail the PhD.’ Invited talk at the PhD training seminars, Faculty of Medicine, University of Oslo.

October 17, 2018: ‘Dørringer, deponeringer og livsløp i jernalder og vikingtid’ [transl. ‘Door-rings, deposition, and the life-course in the Iron and Viking Ages’]. Invited talk at the Museum of Cultural History, University of Oslo.

May 23, 2018: ‘Dwelling with the dead in Iron and Viking Age Scandinavia: Human-house relationality’. Invited lecture at the University of Reading, UK.

May 18, 2018: ‘Living Architecture.’ Contribution in workshop organized by the Material Culture Lab, University of Cambridge, UK.

January 24, 2018: ‘Longhouses as temporal assemblages in the Iron and Viking Ages.’ Invited paper given at the conference Time and Temporality in the Viking Age, University of Oslo, Norway.

October 25, 2017: ‘Bodies and body-objects in domestic space: Atmospheric presence in Scandinavian prehistory’. Invited lecture at the University of Chester, UK.

August 30-September 3, 2017: ‘Deposited infants as animate objects in Iron-Age Scandinavia’ Paper to be given in the session Burials as complex features: Exploring new approaches to death and burial in archaeology at the EAA 2017, Maastrich.

August 30-September 3, 2017: ‘Can we trace ontology from postholes? A view from Scandinavia’s later prehistory’ Paper to be given in the session Do you see what I see? Theoretical approaches to understanding ancient worldviews at the EAA 2017, Maastrich.

May 31, 2017: ‘The longhouse of Iron-Age Scandinavia: Death, commemoration, and infant deposition’. 31.5.2017. Invited lecture at the McDonald Institute lunch seminars, University of Cambridge, UK.

May 11-14, 2017: ‘Assembling houses, house assemblages: How can we study prehistoric buildings from household perspectives?’ Paper to be given at the Buildings in Society International III conference, Swedish History Museum, Stockholm.

March 23, 2017:
‘Five strategies to fail as a researcher’ Invited talk at the Norwegian Institute for Cultural Heritage Research, Norway.

November 2, 2016:
‘Don’t all mothers love their children? On the deposition of infants and children in the Iron and Viking Ages’. Invited seminar given at Uppsala University, Sweden.

September, 22-23, 2016:
’Traces of resistance, resistance of trace. Architecture, memory, and lived space through deep time in Scandinavia’. Paper given at the On the Trace conference, Copenhagen, Denmark.

September 21, 2016:
‘På terskelen til fortiden: Hus og hall i yngre jernalder’ [trans. ‘On the threshold to the past. House and hall in the late Iron Age’]. Invited lecture given at Midgard historiske senter, Vestfold.

April 22, 2016:
Presentation of the NFR project ‘Archaeology of dwelling’. Invited lecture given at the department seminar series Fredagsseminar, Department of Archaeology, Conservation and History, University of Oslo.

March 10, 2016:
‘Doorways: Social mnemonics and narrative spaces in the Viking Age’. Invited paper given at the workshop Memory and Narrative Perspectives on Architectural Spaces in the Old Norse Tradition, Humboldt-Universität zu Berlin, Germany. 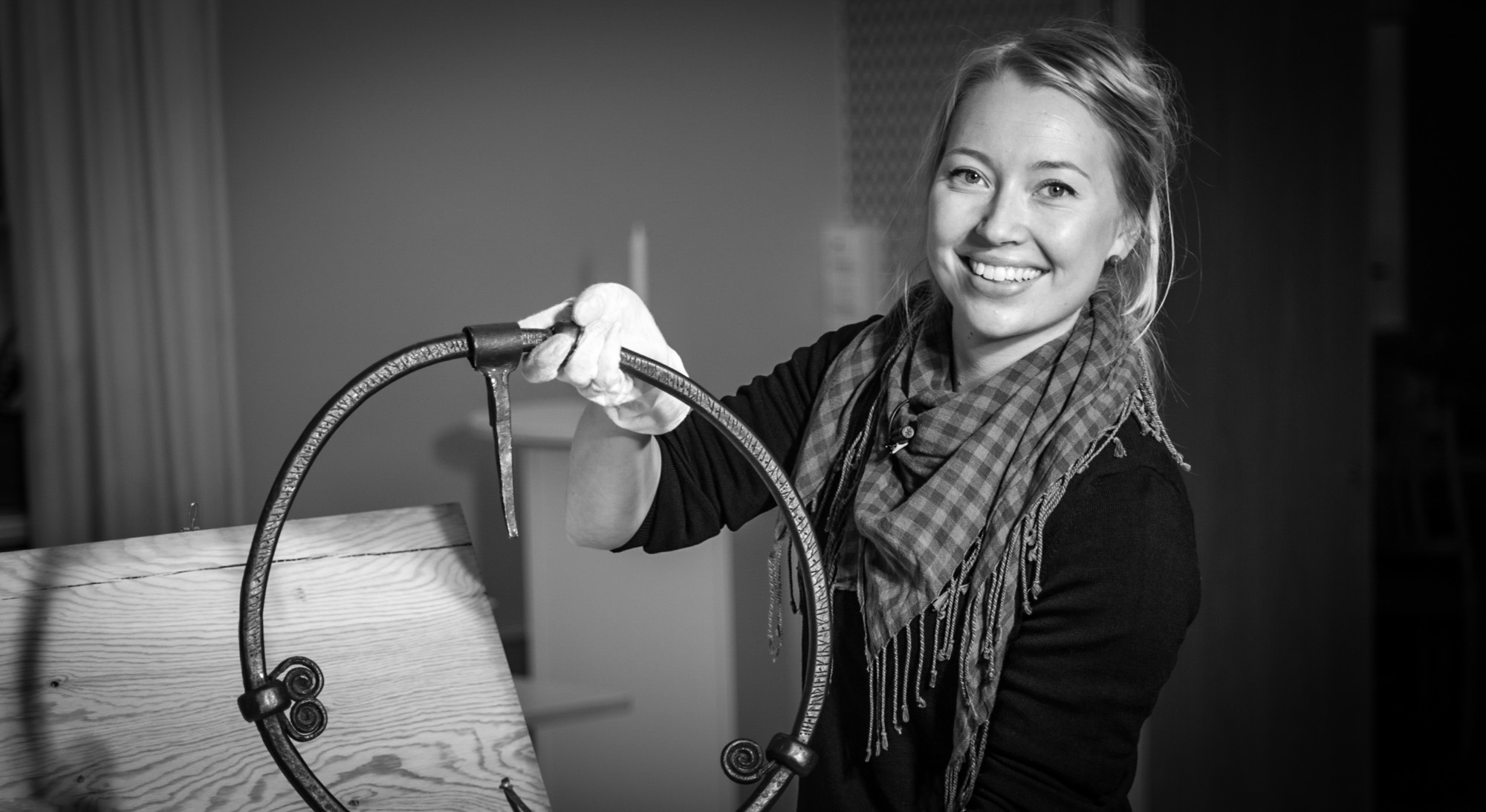 Marianne Hem Eriksen (PhD 2015) is Associate Professor of Archaeology at the University of Oslo, and a Research Fellow, University of Cambridge. She is the author of Architecture, Society, and Ritual in Viking Age Scandinavia (CUP, 2019). An elected member of the Young Researchers of Norway under the Norwegian Academy of Science and Letters, she was awarded His Majesty the King’s Gold Medal for Younger Scholars of Excellence in 2016.

When not immersed in the deep past, Marianne enjoys her geeky meta-hobby of reading about academic writing, and running at a (very) leisurely pace.